The first major brands based up to 30s and their first cars. Part 1

Administrator posted this 27 December 2018
There are thousands of brands on the market, hundreds of which are recognizable in different regions, and 10s are world famous. For example, Audi, BMW, Mercedes-Benz, Ferrari, Nissan and others. Most of these brands were founded in the late 1880s and early 1900's. Each of the companies has its own fascinating history of Foundation and production of the first car.
1882-1901 Mercedes-Benz. The history of this brand is quite complicated and tangled up. In 1883, German inventor Karl Benz began his work on the first car and founded the company "Benz & Co". Before that, in 1882 Gottlieb Daimler together with Wilhelm Maybach founded "Daimler-Motoren-Gesellschaft". However, in the race for the creation of the first ever car won Karl Benz, and in 1885 the first engine vehicle - Motorwagen - was released, and in 1886 Benz was granted a patent for it. It was a three-wheeled open carriage with an engine.
In 1894, Benz produced a car called  “Velo” which was capable to accelerate up to 20 km/h (12 mph), with the production of this car started serial production of motor transport, as buses and trucks, too. 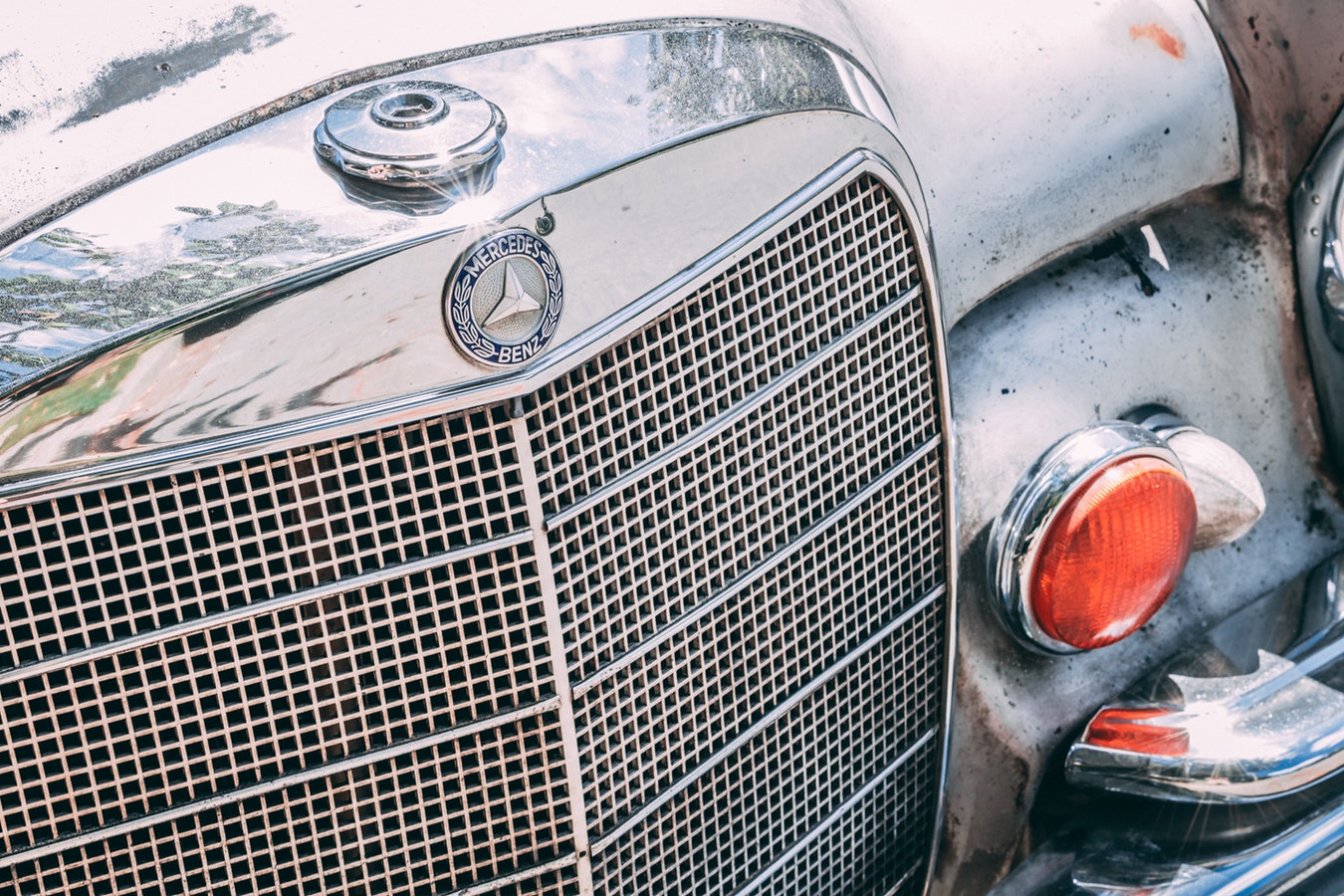 Returning to the main competitor of "Benz & Co" - "Daimler-Motoren-Gesellschaft" - the German was founded in 1871, as simply called “Daimler”, with its headquarter in Stuttgart. After the company was founded in 1882, and a few months after the release of Benz's car, Gottlieb Daimler and Wilhelm Maybach produced and patented a four-wheel car, modifying the engine. They were rapidly ahead of Benz, and in 1898 a vehicle “Daimler-Phöenix” developed a speed of up to 24 km/h (15 mph), with an engine power of 8 HP.
A small revolution in artmobile construction occurred when Daimler produced a car under the brand Mercedes. Then Benz concern began to lose popularity. But in 1909, the legendary car “Blitzen Benz” was released on the market, and it developed a speed of up to 200 km\h, in fact, in 1911, this car set a speed record-228.1 km/h (141.7 mph).
Since 1923, the new competitor appeared on the automobile market, it was Ferdinand Porsche, he brought modifications to the technology and to the development processes of new engines. Already in 1926 Daimler and Benz united, having founded “Daimler-Benz” concern, and, in fact, that year the legendary Mercedes-Benz car brand began its life. Officially, the first cars of the updated company were Mercedes-Benz 630K, Mercedes-Benz S-Series, roadster.
The company's logo has not changed, as Daimler initially engaged in the production of engines and equipment for aviation and water transport, the idea of the logo was in the three directions: land, water, air.
Today, the company continues to exist, and in 2018 it released 2 192 481 cars.
1889-1896 Peugeot. The Peugeot family was engaged in manufactory business since the beginning of the 1700s, began with the development of manual mechanisms for the house and kitchen, gradually expanding spheres of activity. In 1858, the first logo was patented, which later underwent through significant changes. The image of the lion has been the emblem of the company for more than 160 years.
The history of the company as the one that specializes in the production of cars, began with the creation of the first steam car in 1889, in addition to this “Peugeot” began to produce 500 cars every year, the company was waiting for success. And in 1890 the company on the basis of the engine from “Daimler” released the first gasoline car. Four years later, the company took part in car races "Paris-Rouen Rally". 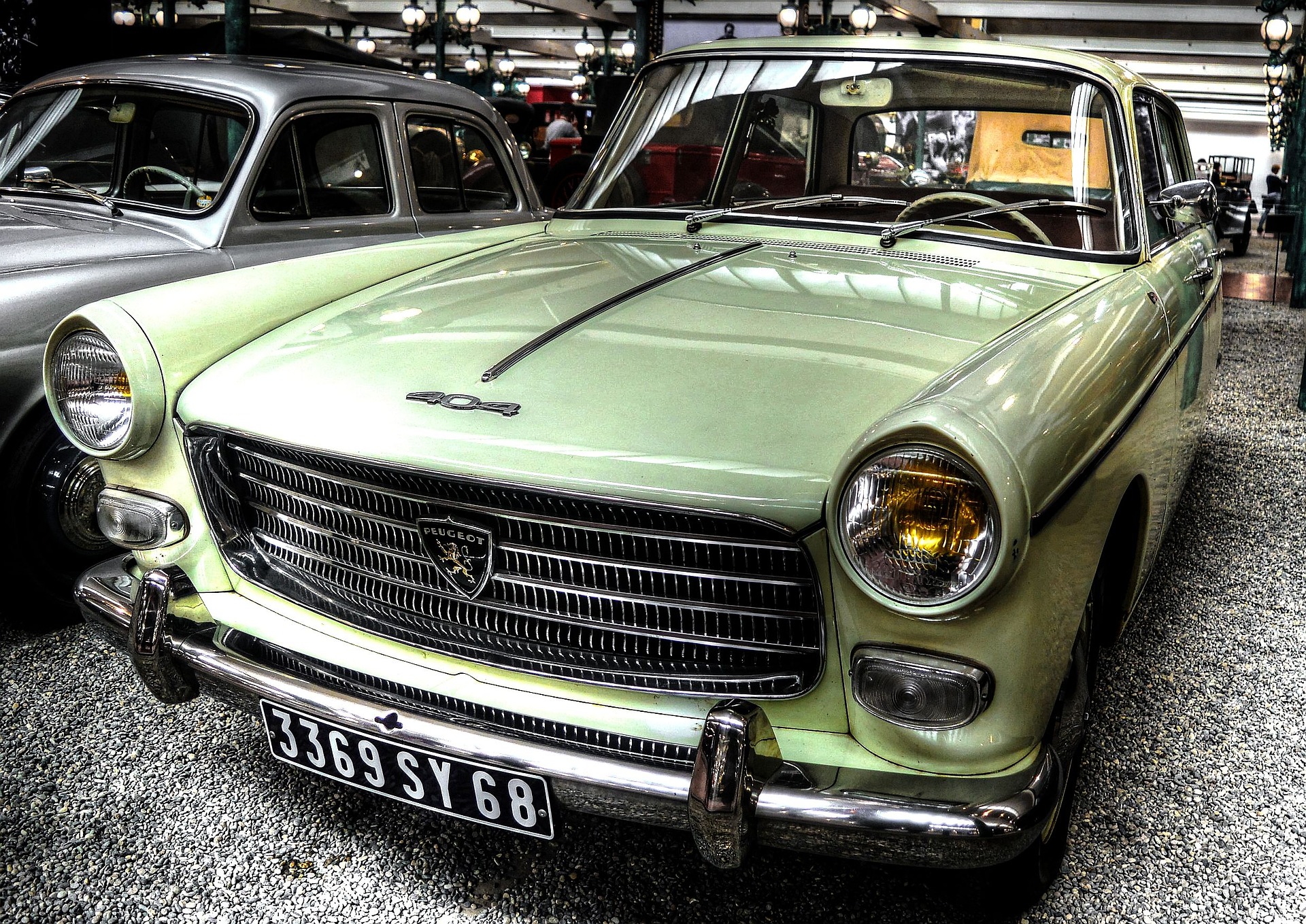 The official year of Foundation of the independent company “Société Anonyme des Automobiles Peugeot” was in 1896. This was justified by the appearance of completely new Peugeot engines, and therefore, the company no longer needed support from Daimler. The first car saw the world in 1901, it was Peugeot Bebe, designed by budding designer Ettore Bugatti, and in 1905, the second a more Refine model of Peugeot Bebe appeared and for 5 years it was the leader in the auto market of France.
As for the current position of the company, the Peugeot cars are still produced. The company actively cooperates with Mitsubishi and Citroen. For 2018, the company issued 1 755 220 cars.
1899 Fiat. The history of this company begins very simply when in 1899 a group of investors founded the company "Fiat" (Societa Anonima Fabbrica Italiana Automobili Torino).
Initially, the production of Fiat cars was aimed at the elite, cars were of luxury class and were very expensive. Fiat cars have repeatedly won in car racing as the French Grand Prix. The company has developed its logo in 1901, when it stopped writing the full name of the company reducing it to 4 capital letters. 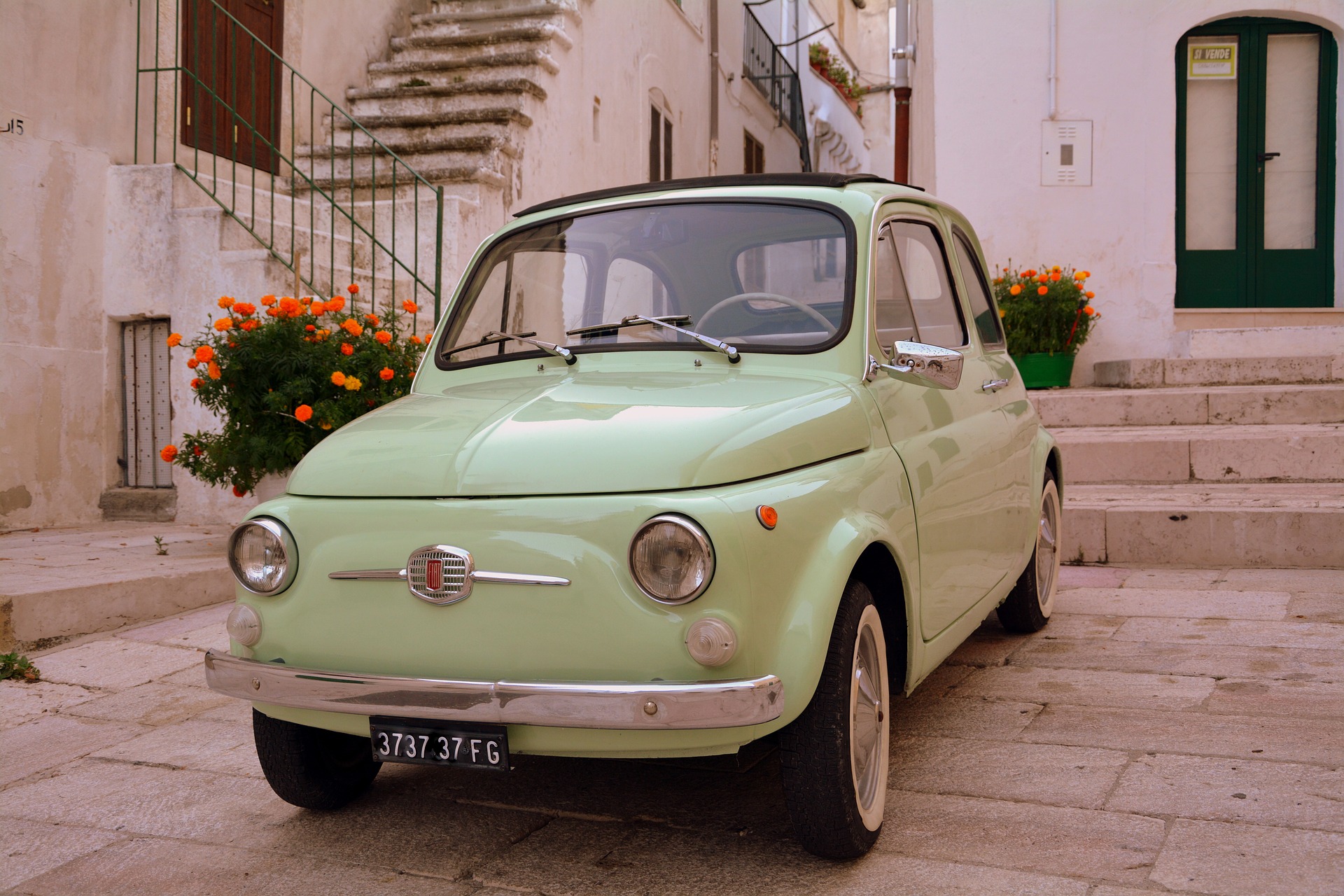 The first car appeared six months after the Foundation of the concern, it was the FIAT of 3.5 h.p., which developed a speed of 35 km/h. the Mass production of automobiles, the company started in 1912.
In 2018, “Fiat” produced 1 189 692 cars. The concern itself is also engaged in the production of equipment intended for construction, agriculture and freight transport. What is more, it includes in its holding group automobile companies as Ferrari, Maserati, Alfa Romeo and Lancia.
1902 Buick. The start of development of this company was not as successful as the previous representatives in the article. The company was founded in 1902 by David Buick, he saved money from the production of enamel baths sales. The first car of the company came out in 1903, it was designed by Buke himself, and, unfortunately, the brand was not seen in the market. David Buick began working with William Durant, the future founder of General Motors and Chevrolet. 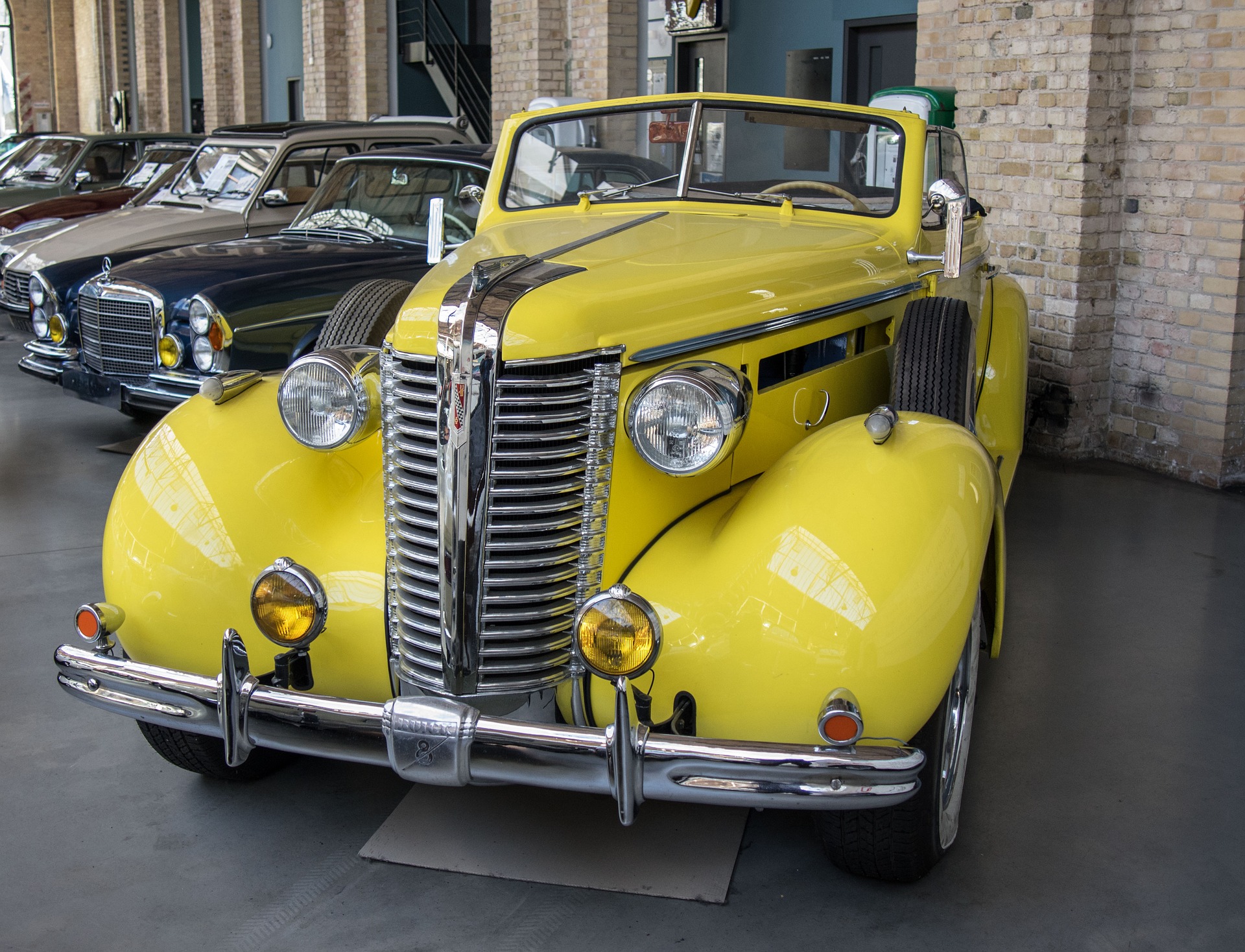 In 1904, the founder successfully developed the Buick Model B, and sold in the United States in the amount of 8 000 units. In 1908, William Durant founded General Motors and Buick became an independent branch of General Motors Corporation. After that, the company began to develop luxury cars and racing cars. In 1910 the Buick Bug appeared in the American Vanderbilt Cup. Behind the wheel of which was a good friend of Buick and Durant - racer Louis Chevrolet. It was in his honor that the Chevrolet brand was named, which was later established by William Durant in 1911. 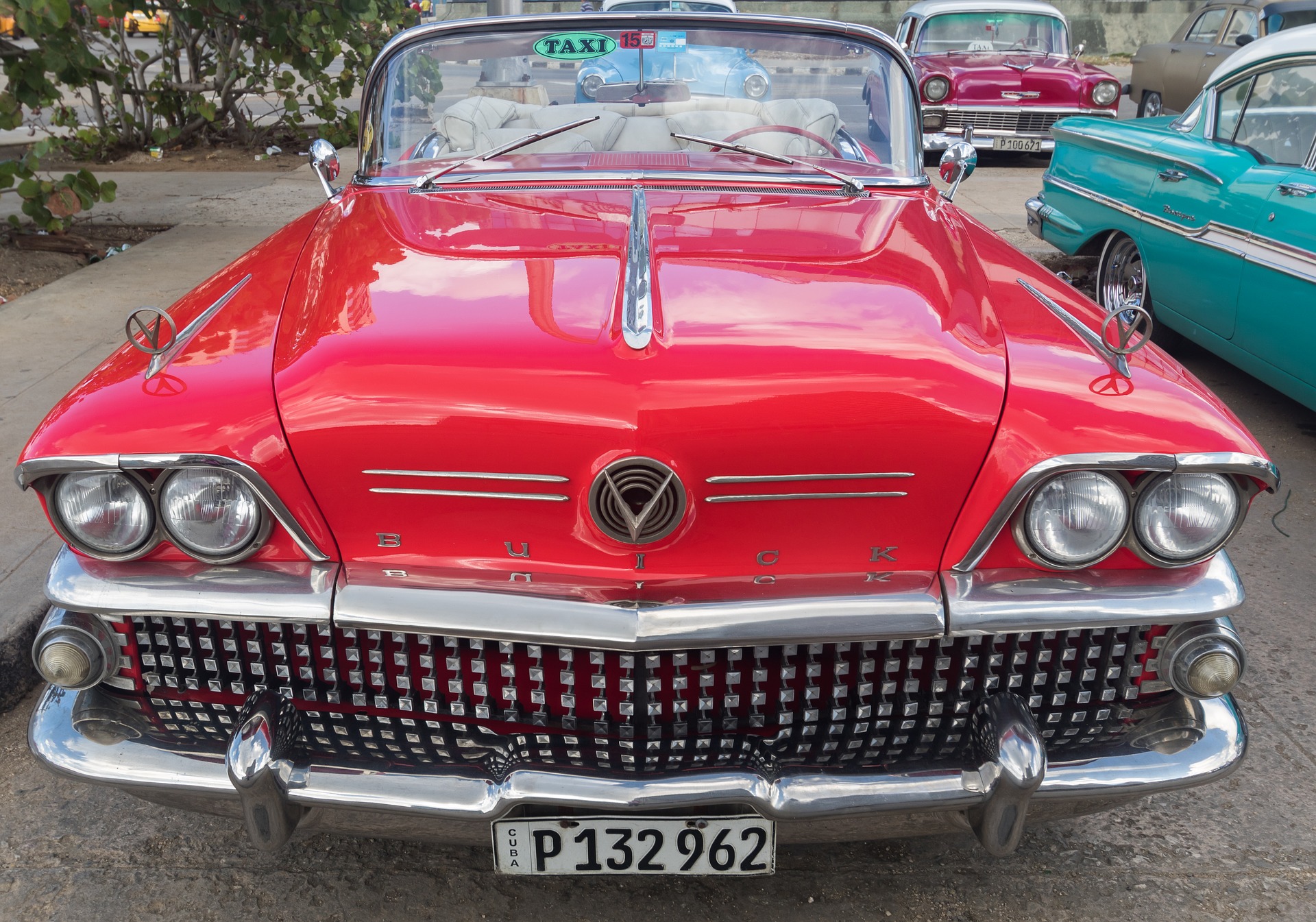 The company's logo has changed dramatically in comparison with its version of 1904. 1937 - the emblem was a shield and its various adaptations. For today the Buick logo is three shields of prisoners in a circle. Today the Buick company is mainly focused on the production of middle-class cars, while not yielding to the requirements of quality and manufacturability of models. In 2018, the company provided exit 1 039 282 cars.
mercedes-benz history peugeot fiat buick car-brand